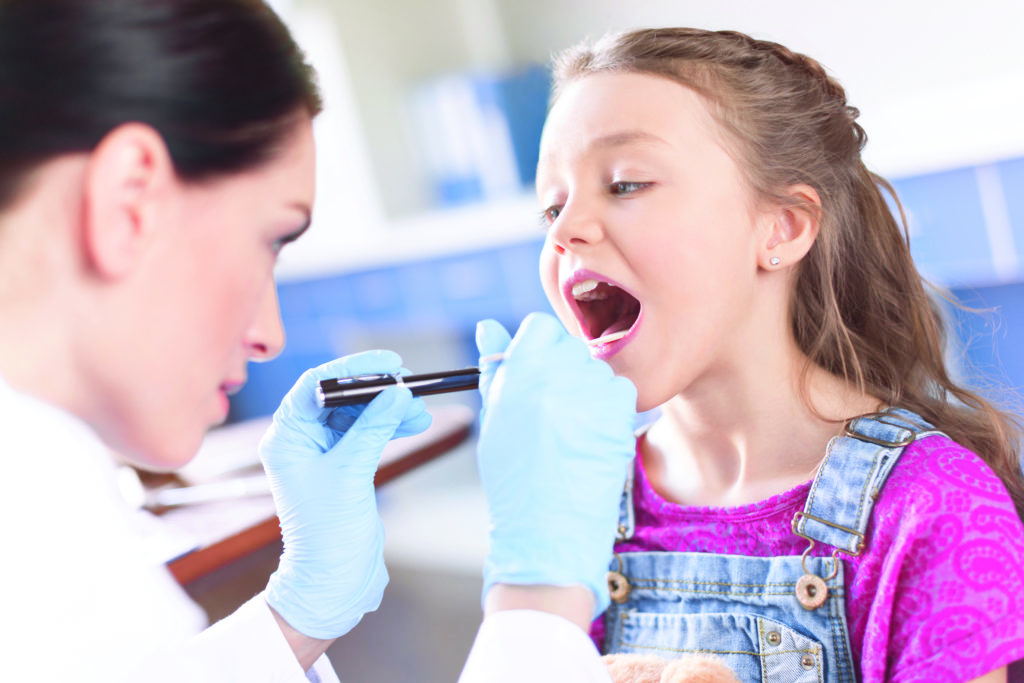 Approximately 500,000 to 600,000 children, typically between the ages of 3 and 8, will require a tonsillectomy every year in the United States, according to local otolaryngologist (ear, nose and throat specialist) Dr. Jeff Phillips. The idea of your child undergoing a major surgery to remove their tonsils before the age of 8 can be scary, but knowing what to expect before going into it can help to ease your worries — at least a little bit!

While 600,000 may seem like a lot of children, Dr. Phillips said that tonsillectomies are actually less common now than they were in the 1990s because the American Academy of Otolaryngology and other academies created guidelines for general indications of tonsillitis. “In the past, surgeons would take out tonsils just because they were large or irregular appearing,” he said. “Now, we have clear guidelines as to which patients benefit most, that is patients who have a certain number of recurrent tonsillar infections per year or have obstructive upper airway symptoms suggestive of sleep apnea.”

Tonsillectomies are recommended for patients with recurrent tonsillitis over the course of a year. These patients are constantly on and off antibiotics to help cure the infections. “It is the frequency of the tonsillitis, and the concern over the continued need for being on one antibiotic after the next, that makes tonsillectomy indicated,” Dr. Phillips said. “So, there is nothing that can be done to ‘catch’ tonsillitis, early enough to prevent a tonsillectomy.”

While there is no way to stop the tonsillitis from occurring, there are certain warning signs that a parent can be on the lookout for. “Common warning signs include snoring at night and gasping or choking arousals at night,” Dr. Phillips said. “Parents may notice pauses in breathing at night, called apnea.” In addition to sleep apnea, tonsillitis is accompanied by frequent tonsil infections, tonsil stones (small, white or yellow debris in the tonsils) and sore throats. Tonsil stones vary in size; the smaller ones may not show any symptoms, but the larger ones might result in bad breath, a sore throat and/or trouble swallowing.

A tonsillectomy is considered major surgery, so general anesthesia is needed, meaning your child will be asleep for the entire 30- to 45-minute procedure. “We use careful dissection to remove the tonsils to minimize pain and post-operative bleeding,” Dr. Phillips said. After the surgery, children will remain at the hospital for several hours for observation to ensure there are no post-surgery complications. Depending on how young the child is, the severity of their sleep apnea, and whether or not there were any complications with the surgery, the child may be admitted into the hospital overnight for close monitoring.

While the patient may be uncomfortable for the couple of weeks following the surgery, in the long run a tonsillectomy has a much more positive impact on the patient’s life due to the reduction in upper airway obstruction and number of throat infections, as well as improved sleep.