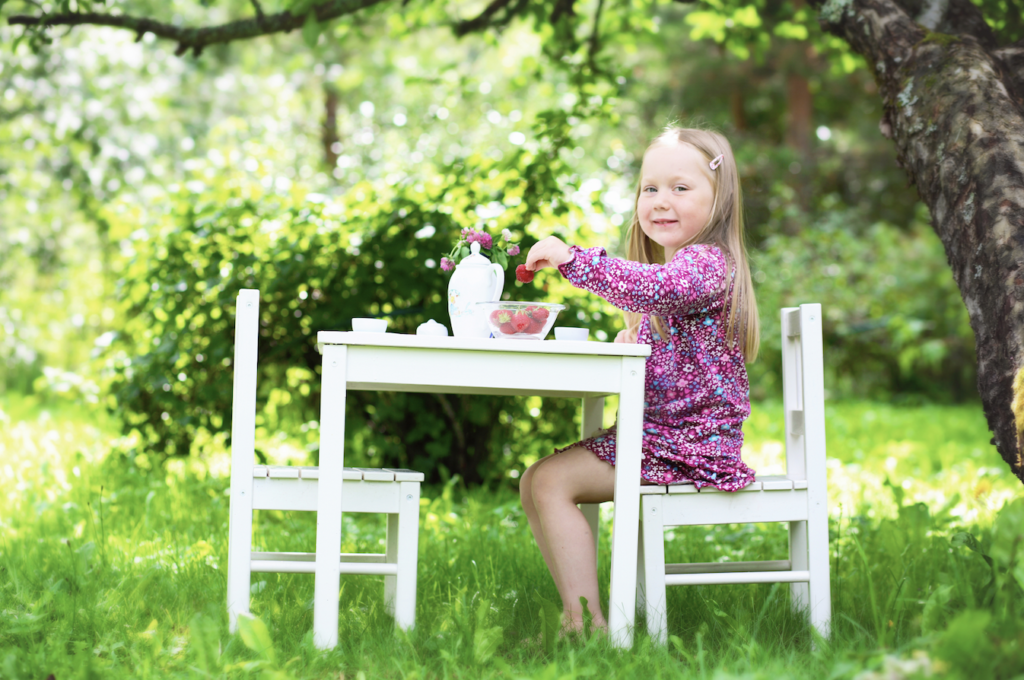 When I was about 5 years old, I had a friend named Patty. She had straight brown hair with bangs, brown eyes and stood as tall as my bedroom doorknob. She had a brother named Norman and always had a place at the dinner table. According to my mom, she would only visit over the summer. She lived in a big oak tree next door. And, oh yeah, she was imaginary.

According to a study by University of Oregon psychologist Marjorie Taylor, 31 percent of children have created invisible friends by the time they are 7 years old. She studied more than 150 preschool children and 28 percent of them had imaginary friends. Taylor revisited them three years later. She was surprised to learn that not only had the imaginary friends remained, but new ones were also created. While some parents may be concerned about this behavior, wondering if their child is too shy or doesn’t have any “real friends,” Taylor said inventing an imaginary friend is normal and children can differentiate between real-life and pretend. Imaginary friends can remain for several years. She is currently studying fiction writers and their relationships with the characters in their books, much like the idea of having an imaginary friend.

A team of British child psychologists found that children with imaginary friends are more likely to be better problem-solvers and better equipped for real-life social interactions later in life. When children play with their imaginary friends, they develop a quiet, internal dialogue, which helps them think through tasks.

If you have watched the movie “Inside Out,” you know the character of Bing Bong, the main character Riley’s imaginary friend who is “part dolphin, part elephant and part cotton candy.” Throughout the movie, we see the relationship Riley had with Bing Bong and the creativity that came from their friendship. Having an imaginary friend and creating new games can develop a child’s imagination, boost creativity and brainpower, and foster self-reliance. Children with active imaginations are less likely to rely on others, or on screen time, to entertain them.

Research has also shown that imaginary friends can help a child deal with difficult situations. Children use play to express their emotions, such as anger, grief or anxiety. Nicole Mayer, mother of two, said her 3-year-old daughter had an imaginary family. “I have a hilarious video of her telling us their names, like Lipstick Medicine and Beer Jeremy, but they lived in California,” she said. “It was right when we moved into our new house (from Florida to Georgia) and she missed the old one, so lots of stories of her ‘California family’ followed.”

Julie Krolak, another mother of two, said her son Tommy had an imaginary friend named Ghostie. “He’s a little boy that lived in our house whose parents died,” she said. “Last year we lost a lot of family members and family friends, 15 total. At some point during the year Ghostie went to heaven with his family.”

Using an imaginary friend can be important in creating dialogue between you and your child. Ask questions about the friend—what he or she looks like, what they like to do, how they feel. Engaging in this way will show your child you are interested in what she says, thinks and feels.

If a child begins to act violently or if his/her play is sexual in nature, these behaviors may indicate deeper issues and require professional help. Contact your child’s pediatrician or a psychologist for further assistance.